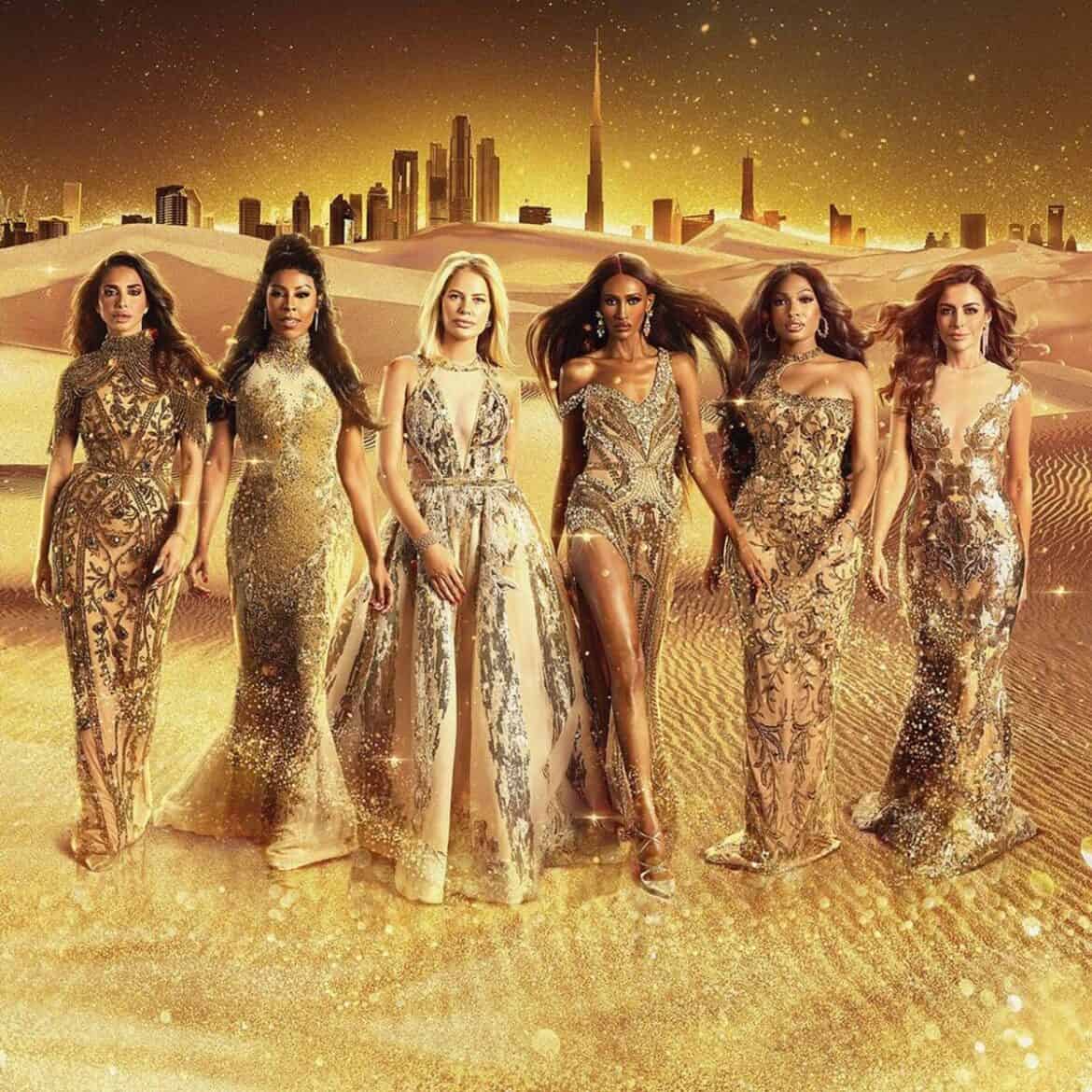 Curious about the Real Housewives of Dubai cast? Want to watch the trailer? Or you want to know when will the series be released and how can you watch it in Dubai? We have all the details below including where you can stream the series from!

Is it illegal to drink alcohol in Dubai? The 101 of drinking in Dubai
Is Dubai super expensive to live in? Includes a breakdown of my living costs
Dubai ultimate luxury itinerary; how to blow all your money in Dubai
Where is Dubai? Fun facts all about Dubai & the UAE

Is there a Real Housewives of Dubai?

Finally after years of waiting, The Real Housewives series by Bravo is launching it’s international version of the series in Dubai!

The fabulous city which has rose to global fame is located in the United Arab Emirates. We’re just surprised they didn’t do a series sooner!

So no Dubai is not a country! Learn more facts about Dubai from our previous article here!

The very first episode will air on 1st June 2022 at 9pm EST (Eastern Standard Time) in the US and will be available to stream internationally on various platforms.

For international streaming services it will be available on the 2nd June 2022.

The Real Housewives of Dubai where to watch

Depending on where you live, these are the channels which you can watch or stream the new series.

There isn’t a live channel that will be showing the premiere and as far as I can tell there aren’t any UAE based streaming services that will be airing the series either.

So in order to watch the series, you’ll need a VPN along with a US or UK streaming service.

VPNs aren’t illegal in the UAE but using a VPN to access content that is illegal such as pornography or gambling is.

You can also stream it from the below platform

Peacock is owned by NBC and has classic American shows along with hit series. They also have other series of The Real Housewives franchise available for streaming.

There are no live channels showing the series however there is a streaming service to watch the Real Housewives of Dubai:

Hayu is the only confirmed platform which will be showing the series in the UK. Hayu is purely dedicated to reality TV, so you can watch other housewives series such as Real Housewives of Beverly Hill including their latest season 12.

Who’s the cast of The Real Housewives of Dubai?

Of course many people are asking who is the Real Housewives in Dubai cast? The cast is actually mostly successful women who have made their own careers and not so much ‘housewives.’ You can read all the details about each of the members below!

One of the most famous housewives in the cast due to her already starring in ‘Ladies of London’ previously. Caroline moved to Dubai in 2016 from London with her now ex-husband, Ceb Habib, and their three children. She loved Dubai so much though, she decided to stay even after the divorce!

She is now married to retired Real Madrid player Sergio Carallo, who is originally from Spain, and their wedding is set to be a big moment of the series. She also has her own podcast ‘Divorced Not Dead’ about dating and relationships after divorce.

Sara is well known in Dubai and already had a large following on Instagram before joining the show. She is the co-founder of ‘Hala-Hi’ and also her fashion brand ‘Sara Al Madani Fashion’ along with other entrepreneurial ventures.

Sara is the only cast member who was raised in the UAE and is greatly involved with many boards within the UAE along with being a public speaker. She’s twice divorced and has one son.

Nina was born in Lebanon and moved to Texas when she was four years old. She works as a lifestyle content creator and has been living in Dubai since 2011 with her husband, Munaf Ali. They have three children together.

She also owns a cake company called ‘Fruit Cake’ which as you may have guessed, specialises in cake with fruit.

Working as a supermodel, Chanel was one of the first black supermodels to work in Dubai. She’s lived in Dubai for a long time since 2005 and is currently launching her own beauty brand called ‘Ayan Beauty.’

She is married to her husband who is a Brazilian American and they have one son who also models like his mama.

Born to immigrant parents in the US, Caroline is proud of her afro-latino roots. She moved to Dubai in 2011 and is an executive director of a real estate company along with owning ‘The Glasshouse’ beauty salon in City Walk which will open soon.

Caroline is divorced and has one son.

This former Miss Jamaica is married and a mother to three children. Her husband is a financier, Richard Hall, and they’ve been married since 2014.

She is a fashion designer and has a luxury maternity brand called ‘Mina Roe’ which has been worn by the likes of Beyonce and Serena Williams.

Real Housewives of Dubai net worth

Dubai unlike western countries doesn’t publicly publish a lot of corporate financial data, so all the below figures are mostly speculation.

Currently unknown, estimates are $140,000 USD however her husband is estimated to have a net worth of $1 billion USD.

Bravo recently released their first longer trailer after a short teaser, you can watch it below!

The trailer has caused controversy within the UAE where foul language in public is against the law and many residents have said the video doesn’t reflect the values of the UAE.

The controversy reflects the two sides to Dubai, the expat lifestyle and the Islamic Emirati origins.

It is entirely possible in Dubai to live a very traditional Islamic lifestyle or a completely western one, where it’s easy to forget you’re even in an Islamic country. Dubai has been hugely protective of its image in the past and the recent release of many TV series show the country is now more willing to publicly air the the less traditional side of Dubai.

It is particularly interesting to see how Sara Al Madani, as someone who is a representative of Emirati and Khaleeji culture in the series, will represent those two sides to Dubai.

Dubai has been hugely protective of the global image of Emiratis in the past. So many of us are wondering what exactly the series will show and what the reaction by Emiratis will be.

The executive producer of Real Housewives series, Andy Cohen has said he thinks the show will break a lot of the stereotypes around Dubai and what life is like in the city. Viewers will see a lot they don’t expect.

Many thought Lindsey Lohan would be part of the series however with the cast now confirmed. We know this isn’t the case but maybe she’ll make an appearance in the future? Are you excited for the new series? Will you be watching it? Let me know in the comments!

This article contains affiliate links, by clicking the link it doesn’t cost you anything extra but it does help me to keep writing these awesome articles for you!

Which country is Dubai in? Improve DXB knowledge...

Is Dubai super expensive to live? My cost...