Home About Me – Welcome

After moving to the Middle East, I realised I had a lot of misconceptions about not only the Middle East but also about Muslims in general. I would read comments about Dubai and realised it wasn’t just myself who had these misconceptions but many people in Western countries. It made me realise I wanted to write and use social media to help change those perceptions.

MY FIRST TIME IN DUBAI

I moved to Dubai in the autumn of 2013. I’d left my job in London to teach English in Japan. I wasn’t happy in Japan and a friend who was living in Dubai, told me, “I think you’ll love it here in Dubai!” They helped me get an interview and before I knew it! I was quitting my old job, packing my stuff and jumping on a plane.

As the plane started to descend into Dubai, for the very first time I saw the Burj Khalifa sparkling in the sunlight. The dusty sands blowing across the new landscape. The excitement of being in a new city tingled through my body. My eyes lit up as the skyline came closer as the plane began to land.

I grabbed my suitcase and jumped into a taxi, passing by in awe at all the tall skyscrapers. These were the highest I’d ever seen and shimmered in beautiful hues of blues, pinks and oranges from the dusk of the sunset. I’ll never forget this first journey through Dubai.

In the first couple of months, I was full of wonder. I loved everything about Dubai and blew through my savings wanting to try everything possible (which is easy to do in Dubai)! I went dune bashing, I lounged in five-star hotels but aside from that for the first time I became friends with practising Muslims.

Despite coming from a multi-cultural city, I’d never really had a deep conversation with a Muslim. I started learning about the culture, fell in love with the place and now couldn’t imagine living outside of the Arabian Gulf.

People also began asking me about the best places to go in Dubai. Friends always wanted advice on the newest places opening and initially, my blog started as a guide to Dubai. Since people would always say to me, “you know the best places to go.” So making a blog totally made sense. I saw it as an opportunity to share what I’d learnt.

DANNI B IN DUBAI WAS LAUNCHED

It was 2016, originally the blog was focused on all things Dubai. There was also some elements of travel but mostly focused on what to do inside the UAE. From the beginning, I had a desire to dispell the myths about Dubai and other Muslim countries. Such as what it was like to live and travel in them.

Many people thought it wasn’t safe for women or that the Middle East was hostile to foreigners. Yet my experience was completely the opposite! Most countries in the Middle East, especially the Arabian Gulf, they’re actually safer than the majority of western cities.

DANNI B IN DUBAI EVOLVED INTO
DANNI IN THE DESERT

Then in 2018, I made an even bigger change to my life by becoming a Muslim (also known as a revert to Islam). Despite knowing many people wouldn’t understand why a western woman would convert to such a faith. In 2019 I met my husband from Saudi Arabia and decided to move to Saudi.

Moving to Saudi, I decided to keep the main theme of guides to Dubai but decided to expand it to cover more life in the GCC, especially Saudi Arabia. Where there’s a lack of information! While still continuing to dispell the myths of Arabic people and their countries. Creating guides and useful resources for those who are curious about the Middle East or planning to travel to the region. Here you’ll find lots of resources to help you with travelling to or moving to the region.

In early 2020, I launched Dhikr Daily, Islamic home and baby-ware with an Islamic blog and Danni B in Dubai turned into Danni In the Desert to match my new adventure in Saudi Arabia.

For more regular but short updates, you can follow my Instagram and my Facebook Page. If you’re wanting to work together, need a writer or have a business which you think would suit my audience, then you can also contact me at [email protected]

I always love to get feedback, so feel free to comment on my posts to tell me what you think or what you’d like to see more of! 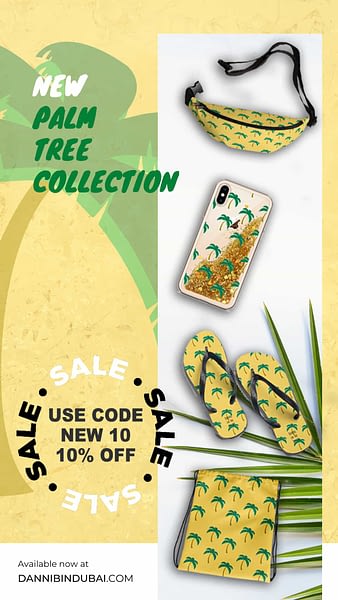