Home Middle East Emirates vs Etihad; which UAE airline is better in economy?
Middle EastBefore you moveBefore You VisitMove to DubaiTransportTravelVisit Dubai

Emirates vs Etihad; which UAE airline is better in economy? 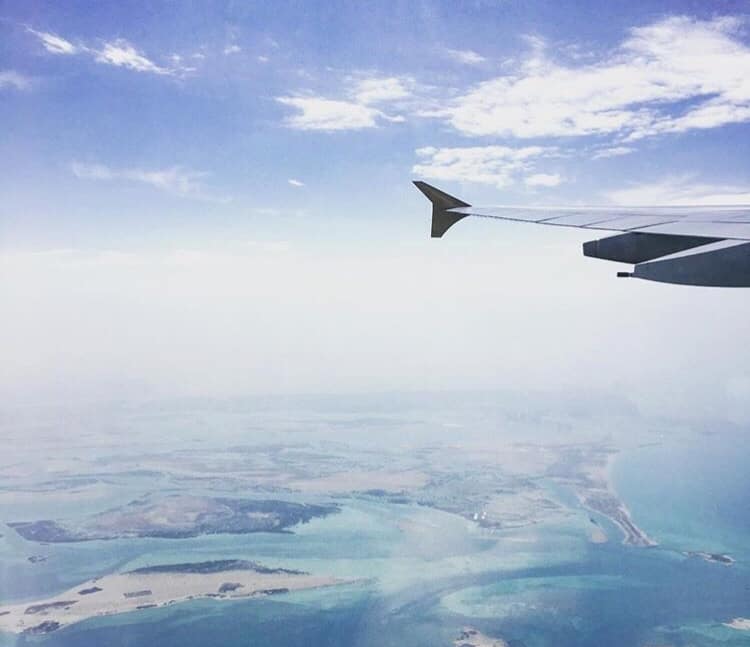 If you’ve never flown with Emirates or Etihad, you might be wondering what it’s like to fly with them. Are they good? If you’ve flown with one, then you might be wondering how the other compares? So what are the differences? What are the pros and cons when comparing each airline? I’ll be comparing flying economy from London to UAE with them both. To make it as fair as possible. So let’s begin with Emirates vs Etihad. Also as both being from an Islamic country, they serve halal meals without needing to request them and offer good facilities for Muslim travellers.

Visiting the Burj Khalifa, an insider’s guide & At The Top alternatives
The Dubai dress code: how to dress when visiting Dubai
Luxury without the cost: The best 4 star hotels in Dubai
19 incredible hotels with views of the Burj Khalifa

Both airlines operate the Airbus A380 and operate from the United Arab Emirates. They equally aim for exceptional customer service. Etihad operates from Abu Dhabi while Emirates operate from Dubai. So it’s natural the two are seen as competition for each other.

Both offer games, movies, television and music however Etihad had more available including live television and the entertainment system seemed newer. The touch screen worked really well on Etihad.Where as with Emirates I was on an older plane and the remotes were clunky and old.

Generally you are more likely to be on a newer plane with Etihad where as with Emirates it may or may not be since their fleet is a mix. Both planes offer wifi but Etihad is pretty expensive for the service. Emirates allow for 2 hours or 20mb of free wifi before you need to pay.

The headphones from Etihad were really nice and felt more similar to the ones you get in Business Class, so definitely Etihad won on this section for Emirates vs Etihad. Mostly due to how easy the entertainment system was to use and how it felt as a whole plus the added extras.

Again both are quite similar. You’re provided with a menu and given options to choose from. You also have the typical selection of none alcoholic drinks available. The menu and food tasted better with Etihad. I had fish on both planes and Emirates fish was so dry I didn’t bother finishing it while Etihad’s was perfectly done with nice flavouring. On the way back, I had a vegan meal and Emirates was actually slightly better than Etihad on the way back. Plus they had a lovely coconut chia pudding.

It’s a close call but I think Etihad just about wins on this one, as the fish was a lot better on Etihad and despite Emirates vegan meal being really good. I don’t think I can forgive them for the fish.

It felt like there was more leg room with Etihad, I wasn’t able to measure it but definitely felt more spacious with Etihad. They also gave a neck pillow rather than the traditional rectangle pillow which was quite a nice touch. However on the way back it was just a regular pillow. So perhaps this isn’t always given?

I think the only thing which let Etihad down was the chairs seemed pretty worn, I’m not sure if it was the choice of fabric but they looked dated and old compared to the aircraft. Though Etihad definitely wins on this one for comfort due to the extra legroom and neck pillow.

The Etihad staff, in general, seemed happier and friendlier than those on Emirates but the overall customer service seemed about the same. The drink service seemed a bit quicker on Etihad if I really had to pick something but overall it was pretty much the same. It’s a tie for this one.

Emirates give heated towels at the beginning of the journey on the plane. The bathrooms are pretty similar but with Emirates there is a lovely smelling hand cream which is more like business class than economy. I would say overall Emirates planes feel more luxurious. The finishing touches give it a really nice feel. However I love Etihad’s uniforms which look super modern and now make Emirates uniforms look very dated. Emirates comes out on top on the Emirates vs Etihad for this one!

Although experience is important, we also have to look at value for money. Emirates seem to offer a lot more special offers when it comes to their fares and recently I’ve seen economy flights from London to Dubai for only £250. Regularly I get their flights for around £300.

It’s not very often I see offers for Etihad and the standard pricing seems to be more expensive when compared with Emirates. So in terms of value and price Emirates is definitely the winner of Emirates vs Etihad.

Emirates covers much more destinations and Etihad just can’t compete on this part. Emirates hands down on this one.

Etihad offer a coach service to ticket holders to be able to get to the airport which is a really nice extra if you’re staying in Dubai or Al Ain. Emirates offer a hotel if your lay over is over 24 hours in Dubai but you do need to request it.

The coach system is more useful for Dubai residents but a free hotel is an amazing extra for those transferring in Dubai. Emirates vs Etihad, I have to go with Emirates on this one.

Overall I felt they are pretty close to each other in terms of standards when it came to economy. Both in terms of the comfort and the experience of the journey. They both go beyond your standard airline. Emirates makes you feel a little bit more special when travelling in economy with the finishing touches but Etihad had some really nice practical touches. If you’re on one of their newer jets with Emirates than you definitely will have a much better experience in terms of the entertainment which really lets Emirates down on the older planes.

So there you have it. The final outcome of Emirates vs Etihad. Have you flown with Emirates or Etihad? Tell us what you thought in the comments below.

Missed last week’s article in response to the woman who got arrested on an Emirates flight? Here’s my response article about how to not get arrested in Dubai!

*This article contains affiliate links, clicking the link doesn’t cost you anything extra but it does help me to keep writing these awesome articles for you!

Nice comparisons, love checking out different airlines! I am pretty torn between the both, I think it depends on aeroplane too!!

Yes that’s very true. If you end up on an older plane, definitely changes the feel of the journey!

How to not get arrested in Dubai! Guide to the UAE’s laws

The cheese pull trend has come to Dubai!

19 of the best hotels near Burj Khalifa...